Steve is widely known for his superlative still life and landscape studies meticulously laid out on his canvasses – but more recently he has returned to the subject matter he first started in art almost 50 years ago. Automobiles. As a schoolboy, Steve’s depictions of sought after cars were the stuff of small boy’s dreams and they paid him for his depictions of them.

Steve has painted a serious portfolio of work as an extension of his still life genre – of collectable tin toys from the early to mid 1900’s in breathtaking detail – which have been the feature of many exhibitions over the past two years.

More recently he has rediscovered his love for the real thing – the gorgeous fluid forms of European and American automobiles from the vintage and classic eras. Names like Bugatti, Talbot, BMW, Mercedes and Buick to name but a few. Steve sees these Marques, like their collectors, as pieces of sculpture – beautiful to the eye and exotic to the touch.

Painting a perfectly restored vintage or classic motor car is a complex assignment which requires a keen eye and enormous patience. Metal and chromium surfaces are intrinsically difficult to depict accurately in paint in a hyper -realistic style.

Steve’s expanding automobile canvasses have attracted the attention of aficionados all over the world and he now undertakes commissions in the subject and has released high quality limited edition prints of each as well, which are available to collectors of these wonderful vehicles and auto museums who curate their preservation. 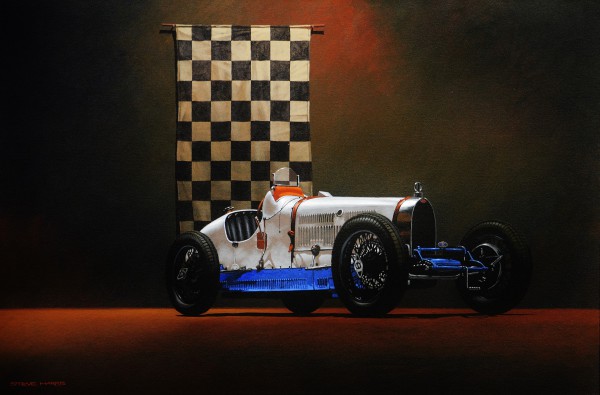 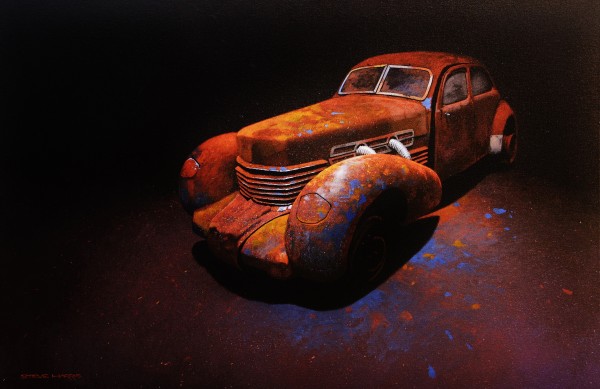 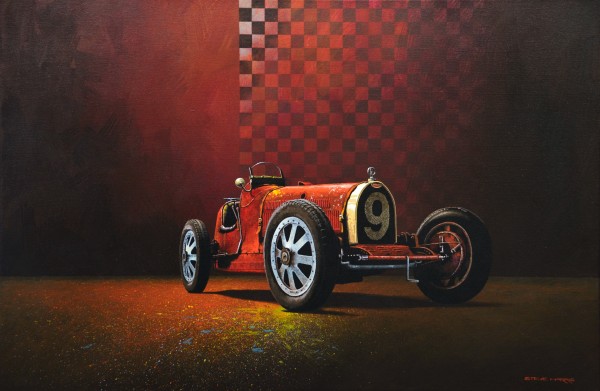 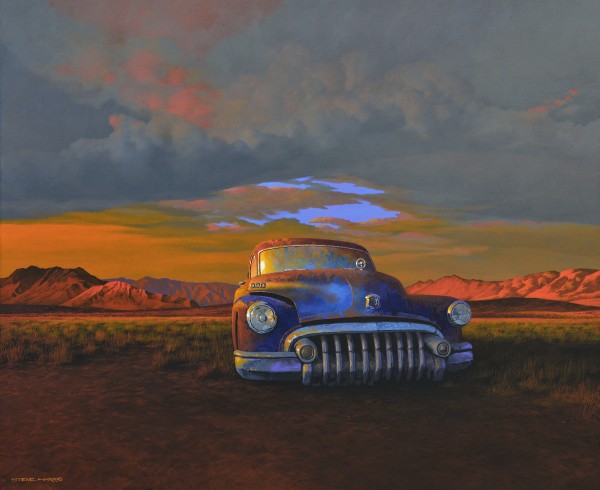 “BUICK ON THE LANDSCAPE” 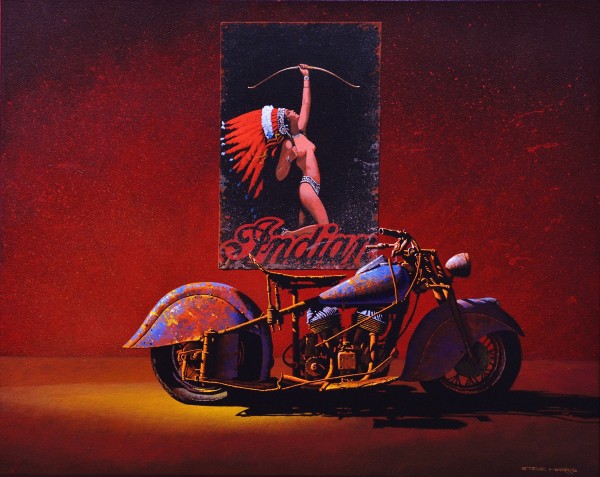 “RUSTY AND THE INDIAN GIRL” 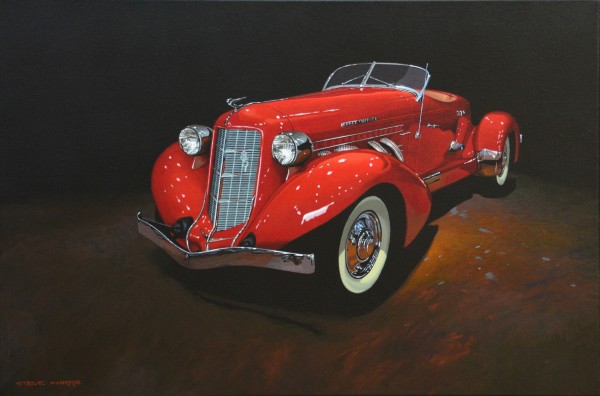 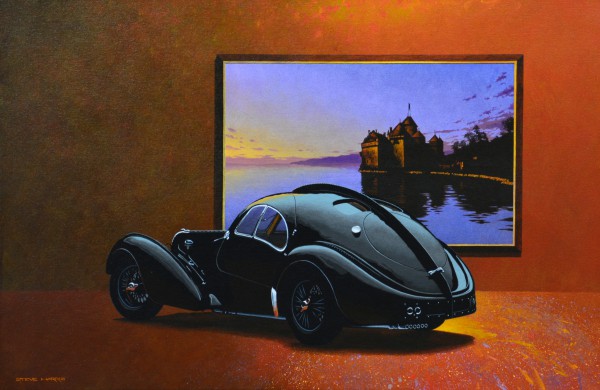 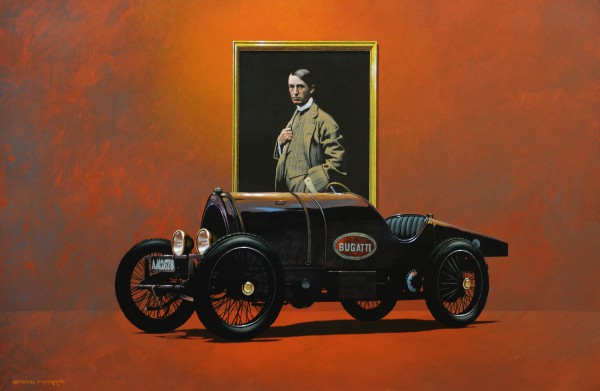 BUGATTI IN THE GALLERY 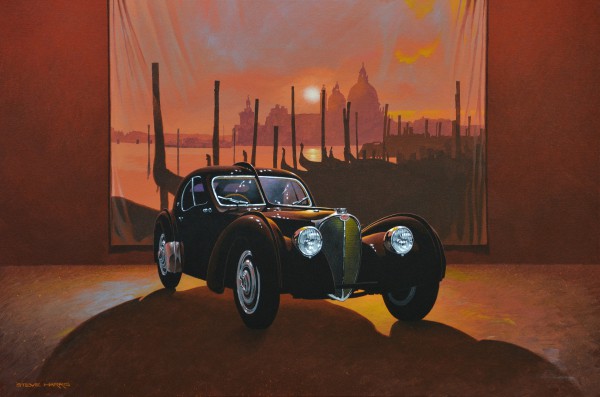 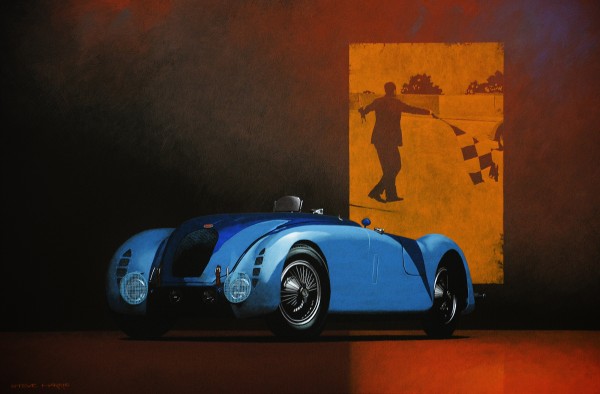 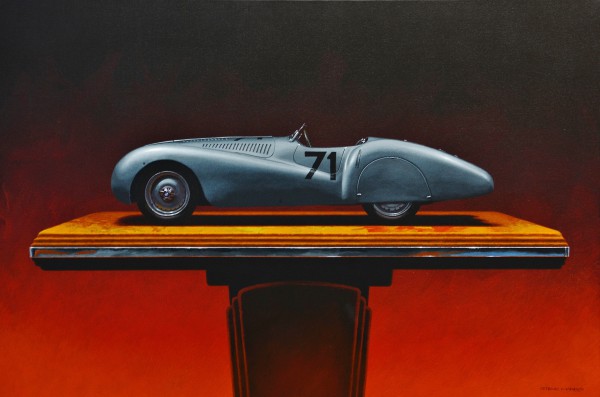 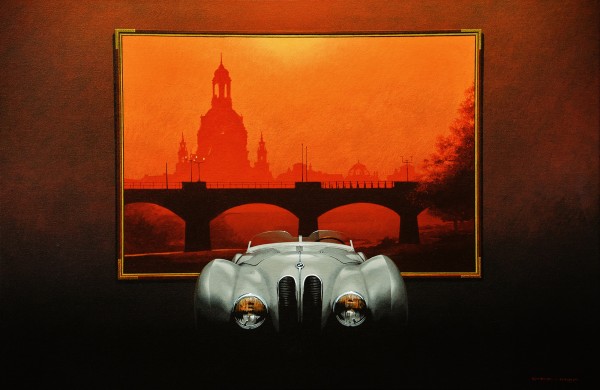 Caddy in the Valley 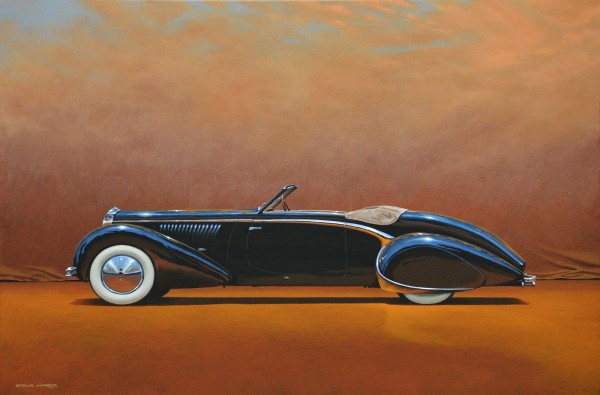 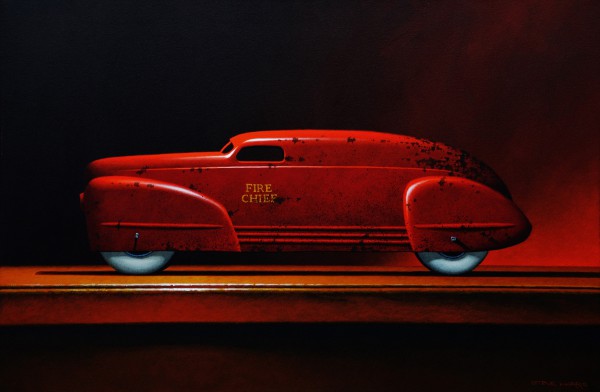 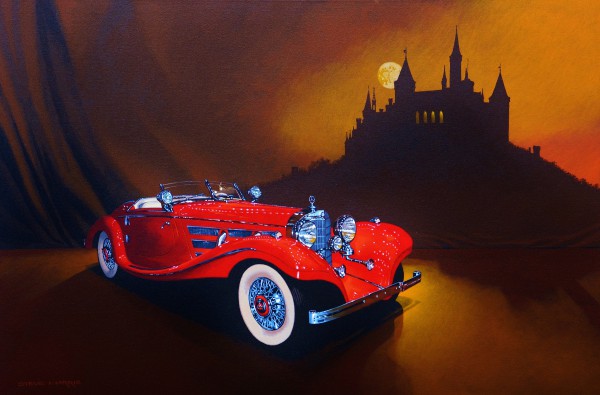 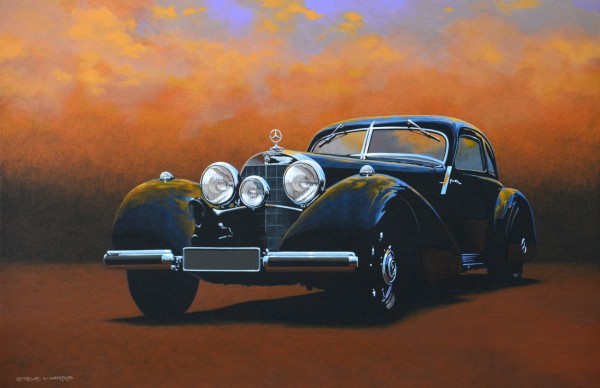 MERCEDES IN THE CLOUDS 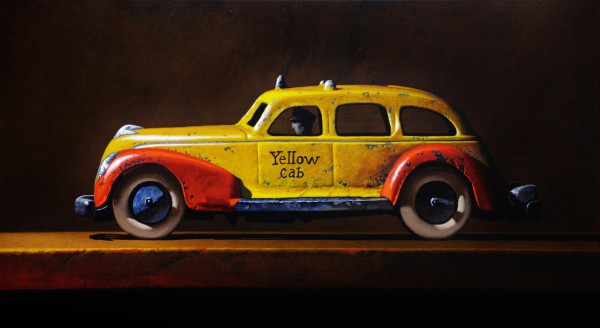 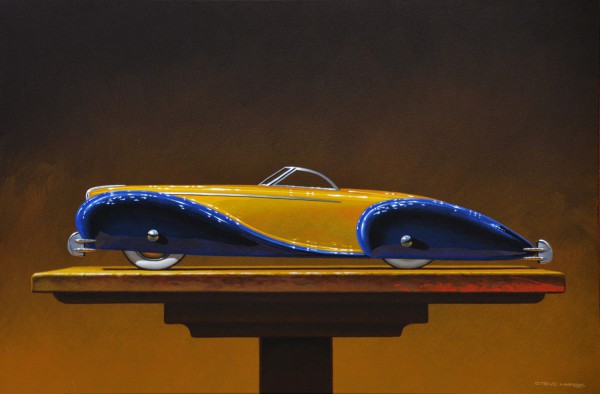 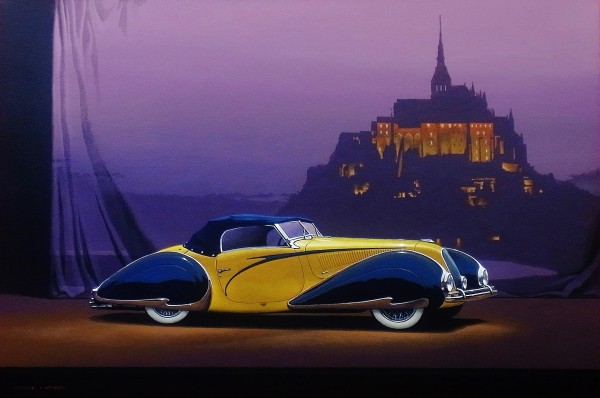 Teardrops on the stage 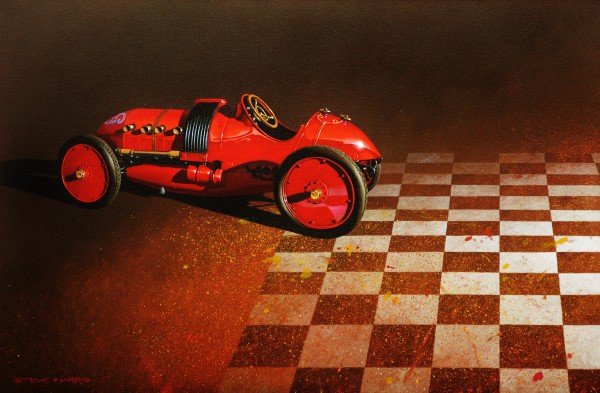 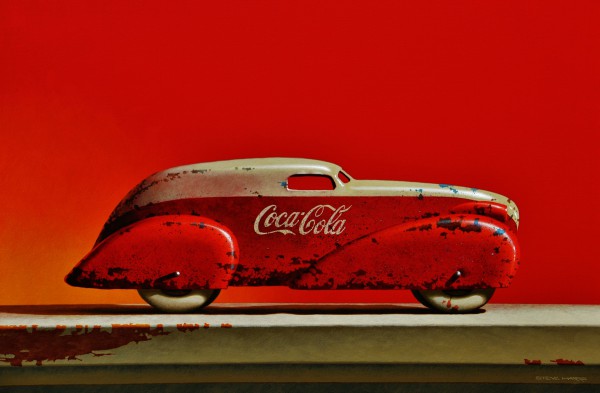